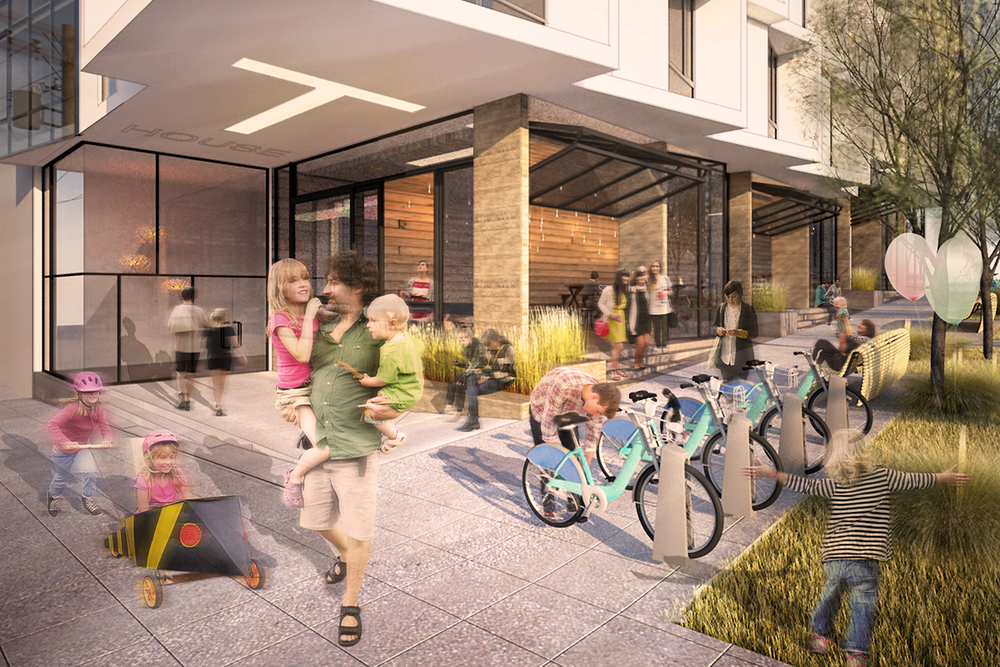 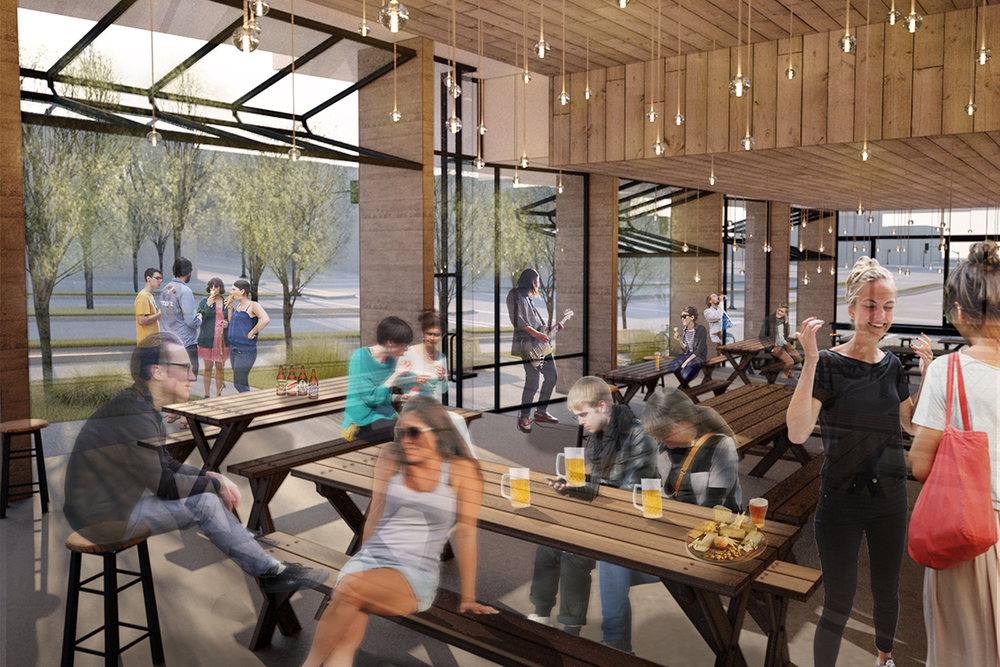 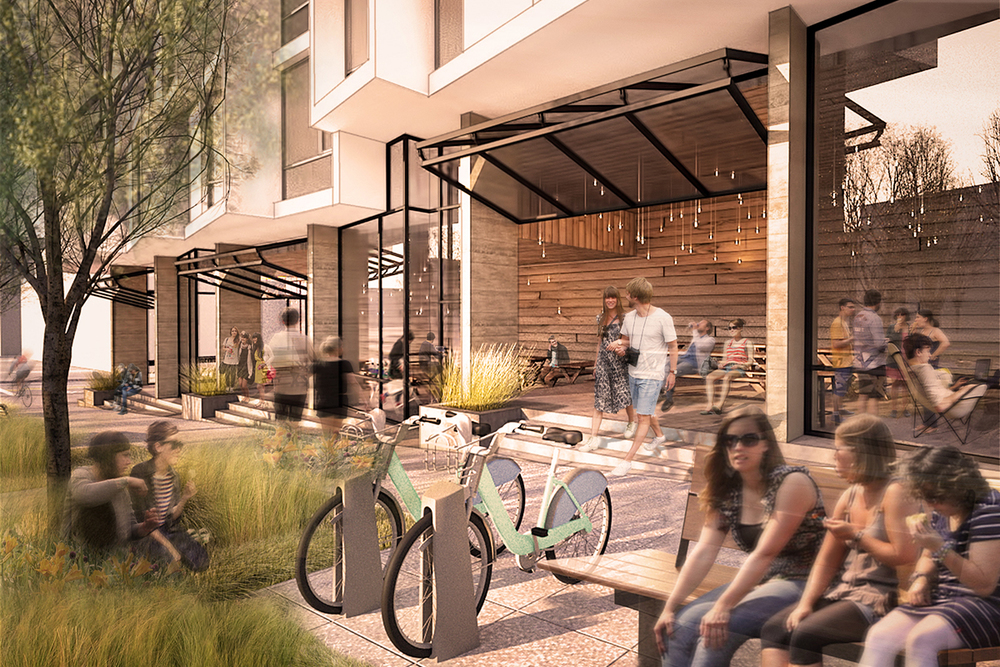 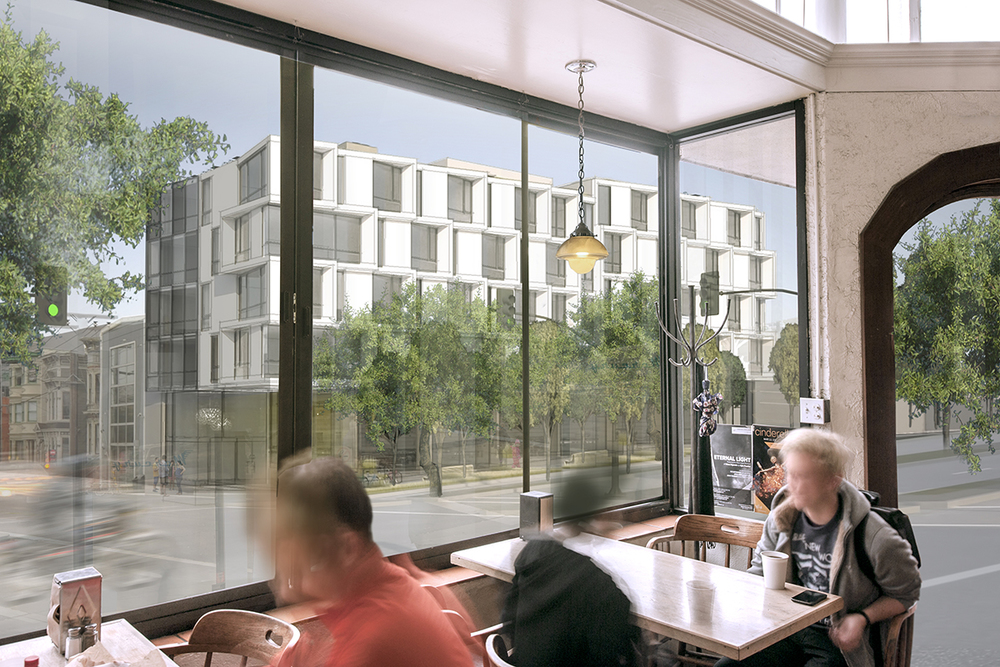 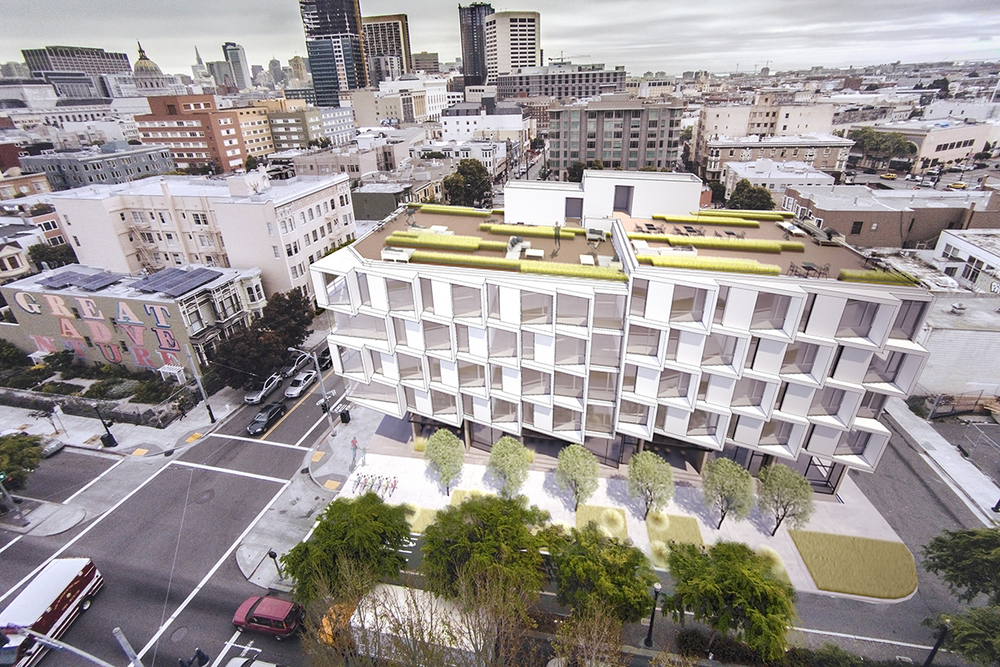 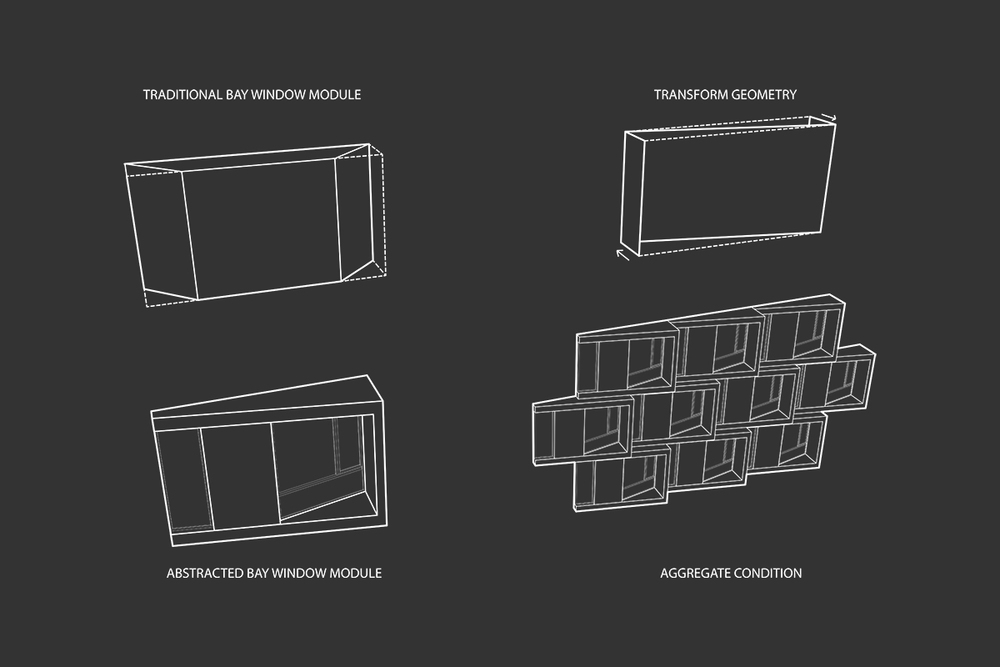 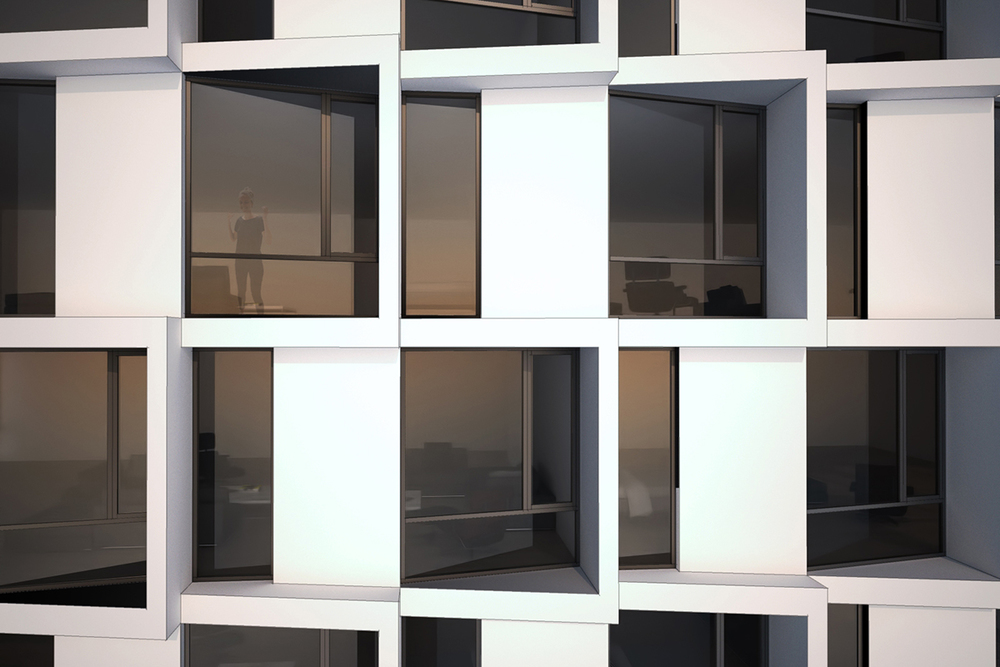 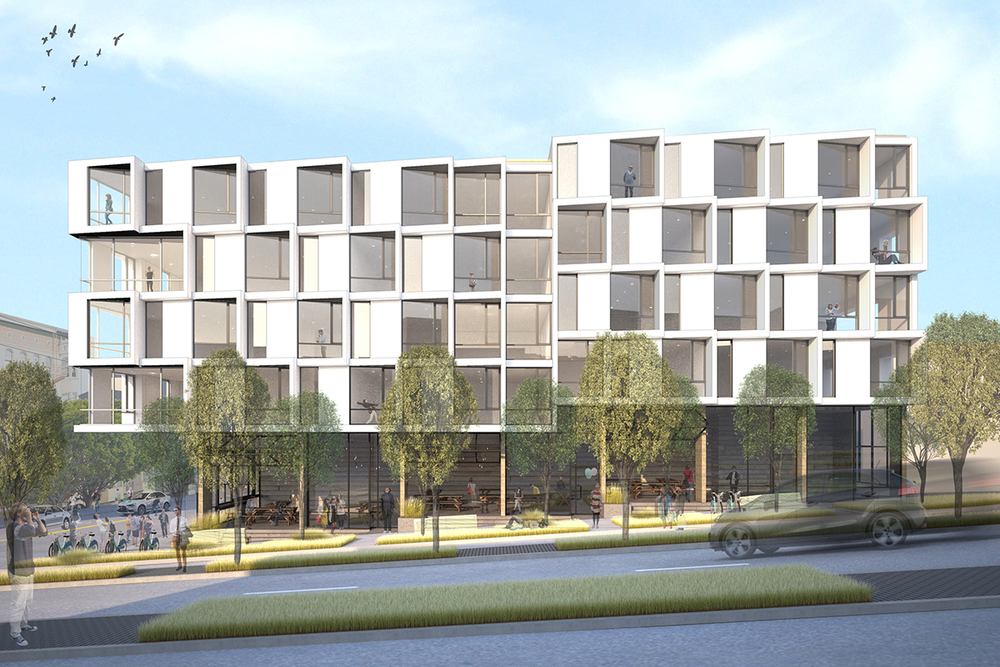 While employed at Edmonds Lee Architect

Our proposal for Parcel T follows in the strong Hayes Valley and San Francisco tradition of multi-family residential housing over a vibrant, pedestrian-oriented commercial presence. It is a project that fits in well to the already established fabric of the city, yet can stand on its own as a significant work of architecture.

The proposed building will in-fill the entire area of Parcel T repairing the damage caused by demolished Central Freeway. As mentioned previously, the building will be mixed-use with a retail component occupying the entire ground floor with 26 residential units distributed over four levels above.

In effort to maximize density and to provide as much housing opportunities as possible to individuals and families of diverse incomes, our proposal calls for smaller, more economic units of various sizes. Each of the units has been laid out as efficiently as possible so that a total of 26 residential units can be achieved.

In designing our proposed building for Parcel T, we have taken inspiration from the vernacular buildings of nearby Hayes Valley and San Francisco at large. Our proposal like the fore mentioned precedents relies on a light-weight, transparent retail base with an articulated architectural facade above. We see a building that is unified in its composition and delicately detailed with quality materials to providing an interesting architectural experience.

For the facade treatment, our proposal directly references the tradition of the Victorian Bay Window, however, rather than simply replicate the prescribed geometry, our proposal for Parcel T is of an abstracted composition of three-dimensional, articulated bays that use depth and repetition to provide visual interest. Additionally, the modular facade provides an additional layer of sustainability by acting as a passive solar shading device for the late-afternoon western sun.

The residential lobby will be located at the intersection of Page Street and Octavia Boulevard and is integrated into the open, public outdoor space below the building. New, street level landscaped areas are proposed in addition to the expansive common roof deck to provide residents and the community opportunities for outdoor gathering. - Edmonds Lee Architects